Membership of the Council is comprised of parent representatives from the eleven NSW/ACT dioceses, Aboriginal and Torres Strait Islander Parent Committee and one representative for Catholic Congregational Schools representing parents in close to 600 Catholic schools.

A diocesan parent organisation is the membership body for all systemic Catholic schools within a particular diocese. Catholic systemic schools therefore affiliate to the Council through their diocesan organisation.

Where a parent organisation does not exist, the Catholic schools in the diocese are represented by a parent nominated by the Diocesan Education Office. Congregational schools affiliate directly to the Council. 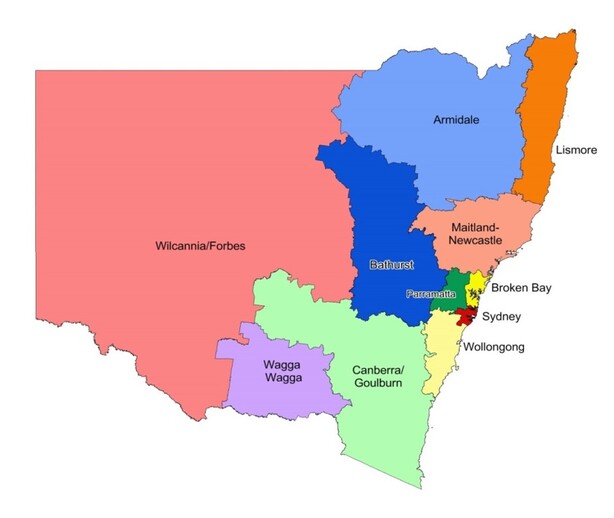